Hello everyone, welcome to day 12 of the winter blogging challenge. I hope you are having a good one. Today we go back in African history and write on an event as if we were present. I find that it is difficult and so will just present it as I have read about it.

Before I get on the train though, I would like to give a shout out to the African child.

Today we mark the International Day of the African Child, a day that was born as a result of the ‘Soweto Uprising‘ that began on the morning of 16 June 1976. I wish I could talk about this day but a number of beautiful writers have done that already (GG, naSHE.c, Blackmwana).  Eunice Tossy aka aBiblegirl also has letters dedicated to the African child. Here is one I got from her page.

“Dear African child, you are loved and you are powerful, know yourself love yourself and trust yourself everything will work out in your favour trust in the process and don’t forgot to keep on going you got this” – (Amanda Ngcono)

Instead, I will talk about another day: November 18, 1929. This was the day a protest began on the streets of Aba, South-Eastern Nigeria. The two-month protest organized by local market women was to fight the excessive power of the British Colonial Government and the warrant chiefs installed by the latter. The Aba women’s war or women’s riot is known in Igbo as Ogu Umunwanyi or Ekong Iban in Ibibio.

So here is what happened according to various records:

On that morning, Mark Emereuwa came to Nwanyeruwa’s house to count her animals, children, and other assets in the name of a census. According to Mark, the government through the warrant chiefs were making plans to introduce a tax policy for the Igbo market women. Nwanyeruwa felt this was outrageous as Igbo women were traditionally exempt from paying taxes. She was angry that the warrant Chief Okeugo was using his power to exploit the women, who had come from a humble background of petty trading and were beginning to gain relevance as International businesswomen.

Before long, a fight broke out between these two. Other women gathered and after learning what had happened, decided to visit Chief Okeugo. As one behaves when drunk with power, he refused to hear their plea. They had no other choice but to take to the streets. The two-month battle against the exploitative tax policy would have been very violent. However, Nwanyeruwa mobilized the women to use song and dance to express their concerns, and less than 0.5 percent of the 25,000 women who marched, died or were injured.

Their song to Chief Okeugo was: “Ma oghara ibu nwa beke, mma anyi egbuole Okeugo rie” which translates to “If it were not for the white man, we would have killed Chief Okeugo and eaten him up.” You can see a trailer about the enactment of women’s riots here. Fortunately, the tax policy plans were dropped and the powers of the warrant chiefs curbed. This two-month struggle goes to show how much women can achieve if they organize themselves. It also reminds me of this excerpt from the book by Cajetan E. Ebuziem:

Generally in Igboland women are a force to reckon with. They are the most formidable pressure group that we have. Their collaboration is easy and powerful. In most cases they first allow their men folks to act but where the men folks are lazy or act wrongly, women organize themselves so easily at the sound of a small local metal gong (ogene nta), blowing of a whistle or by sending leaves of the palm oil tree (which symbolizes invitation) to women in various compounds or neighboring kindred.

I wish today’s topic was different though, as most of the stories in our history are of pain, violence, and conflict. I wish the prompt was about an event we had experienced. I would have shared my feelings about the day Rashidi Yekini scored Nigeria’s first-ever goal in the World Cup: June 21, 1994. Looking back at my childhood, I can still remember the excited shouts from my house and the houses around ours. We had fun that night celebrating the 3-0 win against Bulgaria. Football still remains one of the few things that unites the Nigerian people.

Anyway, that is all from me today. Over to you: which day in history would you like to go back to? Till tomorrow…

I am a highly motivated person who inspires others to be the same. Always full of energy and ready to add smiles to the faces of anyone I come across. View all posts by Thinkingoutloud1204

11 thoughts on “The time the women pushed back!”

I mostly talk about… 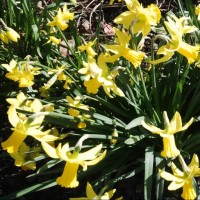 Say it in a few words.

Understanding ourselves and the world we live in.

Occasional Devotionals on A COURSE IN MIRACLES, A COURSE OF LOVE, THE WAY OF MASTERY, and CHOOSE ONLY LOVE . . .with Celia Hales

A blog full of humorous and poignant observations.

We support postgraduates from the Global South to reach excellence

We are our thoughts..